A taste of Mexico at home: http://www.luchaloco.com/

I’m a huge fan of everything Mexican. Admittedly, I don’t know too much about the place as I’ve never been there. However, margaritas are tasty and Mexican food is delicious. I know this makes me sound a wee bit under-traveled and ignorant, but I admit my failings openly.

Coming back to Lucho Loco, one of the few Mexican places in Singapore that tries to bring you into the casual outdoor vibe that I hear is popular in the South American nightlife scene. I heard, I don’t know for sure.

I don’t go for sophistication when I have drinks at a Mexican bar or restaurant. I think casual, fun, lively music and relaxation. So off I ventured to Lucho Loco for some late-night drinks and a snack or two with a few friends.

We started off the usual way, beers and conversation.

We upped the stakes and decided try to look more mature, so we went for margaritas, which are probably what most people would do.

First choice was the Blood Orange Guava Margarita. A delicious, citrus drink that tends to liven the night. This S$16 drink was well worth its price. 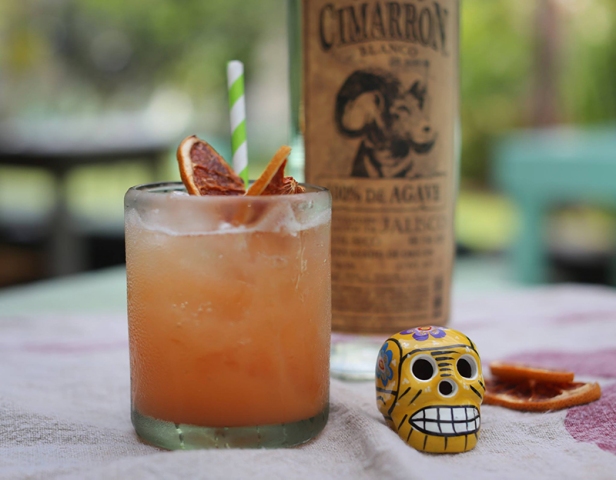 Next up was the Margarita Ultimo, another citrus-infused concoction. As you may have noticed, I like the citrus thing. Light, fluffy and quite tasty. Though Blood Orange Guava Margarita was just a little bit better. To accompany our meals, we took in some of the Mexican delights. Bar snacks aren’t really something I’d write home about, but the late night snacks menu is a diamond in the rough. Everyone, I mean Everyone must try the esquites. Which is essentially corn kernels in delicious cheese, lime mayo and chili. Doesn’t sound much, but the S$8 treat is well worth the price.

Open concept bars rule in general. However, in Singapore’s heat you need to be a bit picky. Luckily the night had a nice breeze, so we sat outside. It’s a lively atmosphere most nights, so don’t expect a quiet sit-down type restaurant. The downside is that it can be sometimes a bit hard to have a decent conversation, but that’s usually during peak hours on the weekend. 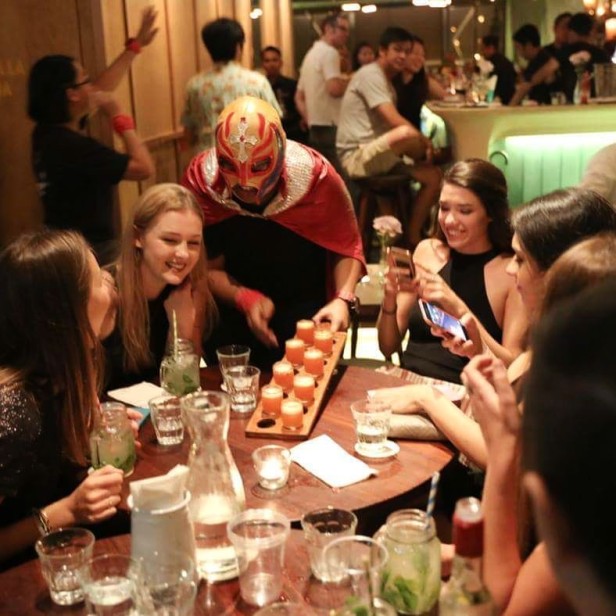 Would I go again?

Yes, definitely. The drinks were good, and I loved the late-night snacks. Always up for margaritas in the moonlight…