We’ve got you fam. Cold brew coffee is a really common beverage in almost every coffee shop you enter. What was once a hipster’s dream drink has become too mainstream for them, but hurray for us.

However, if you’re anything like me, you don’t know what it is and it might be a bit too embarrassing to ask people after you’ve consumed 100 gallons of it.

Being the awesome people that we are, we’ve simplified everything for you so you can sound really pretentious when you explain all of this back to your friends.

What is cold brew coffee
It’s a totally different way to make coffee. First, you take coarse-ground coffee and steep it in room-temperature water for a while. The amount of time depends on the strength of the coffee and types of beans. After a while, you filter out the grounds, and the result is a coffee concentrate that is mixed with milk or water and poured over ice. The coffee is never heated, so the acids and oils that make hot bitter are never released and this generally means a smoother drink.

How is it different from iced coffee?
The brewing process means a different taste, as mentioned above, cold brew is usually smoother. Ice coffee is your normal coffee made from hot water, poured over ice with milk being optional. Cold brew is never heated and therefore has a different flavour, texture and some say healthier. (Editor’s Note: we cannot verify this, but it has been stated by multiple sources).

Another difference is the caffeine levels, though not significantly. It is likely that the brewing process determines the amount of caffeine in a drink, so don’t have a cold brew expecting a stronger buzz or a light one.

What is nitro brew?
This is basically one of the many variations of cold coffee, one which is infused with nitrogen and served from a tap. It is served similarly to how they serve beer from the tap. Nitro coffee is generally slightly sweeter and typically has a chocolate or malt aftertaste.

Is it easy to find?
Everyone sells cold brew. From your local Starbucks to your neighbourhood café, so you can find it anywhere.
We’ve come up with a simple list to help you find your next cuppa, no matter if you’re in Singapore or Malaysia.

If you’re in Singapore

The Populus Coffee & Food Co, which can be found at 146A Neil Road, Singapore 088875, just a stone’s throw from Outram MRT, is popular lunch spot that also has amazing cold brew bottles for you to enjoy. 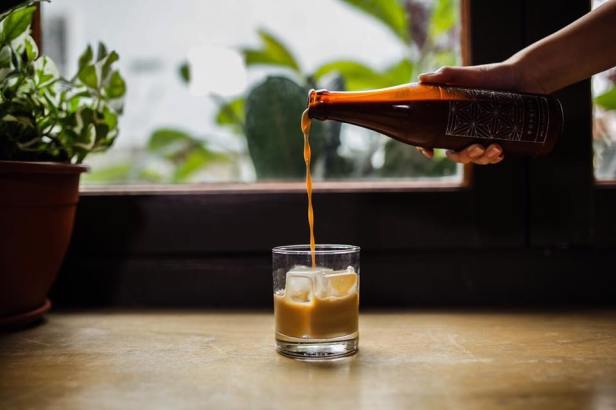 Find out the Best cafes around the CBD not called Starbucks.

If you’re in Malaysia

WHISK Espresso Bar + Bake Shop is conveniently located at Empire Shopping Gallery in Subang Jaya and 1 Utama (Old Wing) Shopping Centre. The original coffee bar in KL, this place is one of the founding fathers of KL’s coffee culture.

Bean Reserve in KL is another gem you wouldn’t want to miss. You can find them quite near Jalan Kemuja’s row of eateries, at 8 Lengkok Abdullah, Kuala Lumpur, 59000. They’re famous for their nitro brew and amazing sandwiches.

There you have it. Everything you need to know about cold brew coffee and where you can try it if you haven’t. You’ll never feel left out or have to pretend you know when you grab your next cup of joe. If you’ve got any suggestions of what else we should explain or have questions you’re too afraid to ask, drop us a comment or send us a message.